Virtual Tours Available!
Studios: $300 OFF Per Month On One-Year Leases. *Limited Time Only. Restrictions Apply. Can Change Without Notice. 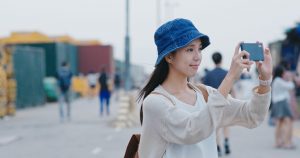 Explore the Rich History of Providence

As one of the original Thirteen Colonies, Providence has a history that goes as far back as 1636. Founded by Puritan minister Roger Williams, Providence experienced a storied past that includes skirmishes prior to the American Revolution as well as an industrial boom as a leader in manufacturing. Today, history can be found throughout the city, allowing visitors to experience an area that played a significant part in the founding of the country.

Located on the East Side of Providence, the Governor Henry Lippitt House Museum dates back to 1865. As an heir to one of the most recognized textile manufacturing families in the state, Henry Lippitt was the first of four generations of Lippitts to live in the home. Listed as a National Historic Landmark, the Lippitt House was built in a Renaissance Revival style and boasts thirty rooms filled with original wood details, stained glass features and authentic 19th-century furnishings. Visitors can enjoy docent-led guided tours, special events and art installations throughout the year.

Constructed in 1788, the John Brown House Museum is the former home of Providence native John Brown. A merchant, politician and slave trader, Brown was a member of one of the most well-known and wealthiest families in the whole country during that time period. This 18th century home gives guests a peek into the lives of the Brown family and the issues that faced them including the American Revolution and slavery. Guided tours are available year-round as well as seasonal walking tours that depart from the museum.

Dating back to 1707, the Stephen Hopkins House is a home registered as a National Historic Landmark. Located just a block from Brown University, this home belonged to Hopkins throughout much of his life including when he signed the Declaration of Independence and while he was Governor of Rhode Island. Visitors to the home can view a number of rooms including Hopkins' study as well as one of the bedchambers where George Washington once slept.

When you call River House home, great historical landmarks such as these are just minutes away. Please contact us to learn more about our modern riverfront living and to schedule a tour.